Katell Gillouaye, co-leader of Gillouaye SAS (with Thierry Fantina) has to be elected for a term of 3 years President of the Union of Industries Metal Trades 35-56.

It replaces François Coudron who held office for 6 years. The IAJ is a professional organization whose mission is to help create, in the social field, an environment favorable to the competitiveness of technology industries. Member companies involved in various sectors of activity such as automotive, nuclear power, shipbuilding, aviation, space and rail, machine building, metallurgy and metalworking …

The task of Katell Gillouaye will therefore be to support and defend the best 350 member companies that employ nearly 30 000 employees in the metalworking industry located in the department of Ille-et-Vilaine and Morbihan.

Receive all our Best Wishes for this new year 2020 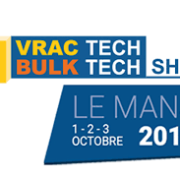 The prefect of the Brittany visiting Gillouaye SAS